Do lizards have a theory of mind?


We often wonder what lurks in the hearts of beasts, but how far “down” the phylogenic (evolutionary) tree does a “theory of mind” go? It’s easy to understand that another human has a theory of mind, and perhaps also dogs and cats and other smart animals, but do ants and frogs and lizards understand that others have desires and intentions different from their own?

There is now claimed to be the first published scientific evidence that reptiles can learn through imitation; that is, they not only mimic what they see but also understand the intention behind the action. This is different from emulation, which is mimicking what is seen without understanding intention.

Some herpetologists took a few lizards out of their natural environment and subjected them to a learning test that did not emulate natural behavior, yet the reptiles consistently got it right. A food item (mealworm) was placed under a wire trapdoor that could be slid aside by either the lizard’s snout or a forelimb to reach the snack. A “demonstrator” lizard was taught to slide the trapdoor aside with its snout, and test lizards then watched the demonstrator perform the deed. All the test lizards quickly learned to slide the trapdoor aside with their snouts whereas control lizards (that were not instructed) all failed to open the trapdoor by any means.

The scientists also pointed out that the snout was used by all the test lizards but none of the controls. The latter used only their forelimbs to try to move the trapdoor, suggesting that the snout-swing motion is not part of their “spontaneous behavior.” In other words, these lizards used social information in order to learn a new trick. Is this not evidence of a theory of mind in lizards?

Posted by Buford Nature at 2:03 PM No comments:


My first job out of college was to maintain a lab for a university prof. One of the projects he (Sam) had his graduate student Allen and me construct was a floating aquatic sampling machine – basically a boat containing sampling and power machines plus collection containers. Upon completion of assembly, Sam told us to take it out on Newnans Lake the following morning and test all the equipment to see if the sampling system worked.

Allen had an early class so we met at the boat ramp at dark-thirty. Stars were still out and it was bitter cold, as a polar front had come through earlier that night. We gamely did our do on the foggy waters, circling the lake and sampling here and there. As the dawn slowly lightened, before sunup even, we gradually became aware that the perimeter ring of mature cypress trees held a bunch of big black birds. We couldn’t make out what they were for the longest time, so we assumed they were vultures as vultures are wont to mass up at night. But as the sun did rise up over the horizon and we got a good look at the birds, we could see that each and every one of them had a white head and a white tail. Using the best principles of wildlife management that I could muster, I counted all the eagles within a pie-shaped slice of the lake and multiplied out the number for the entire lake. My conservative estimate was in excess of 400. They had evidently migrated south before the cold front. 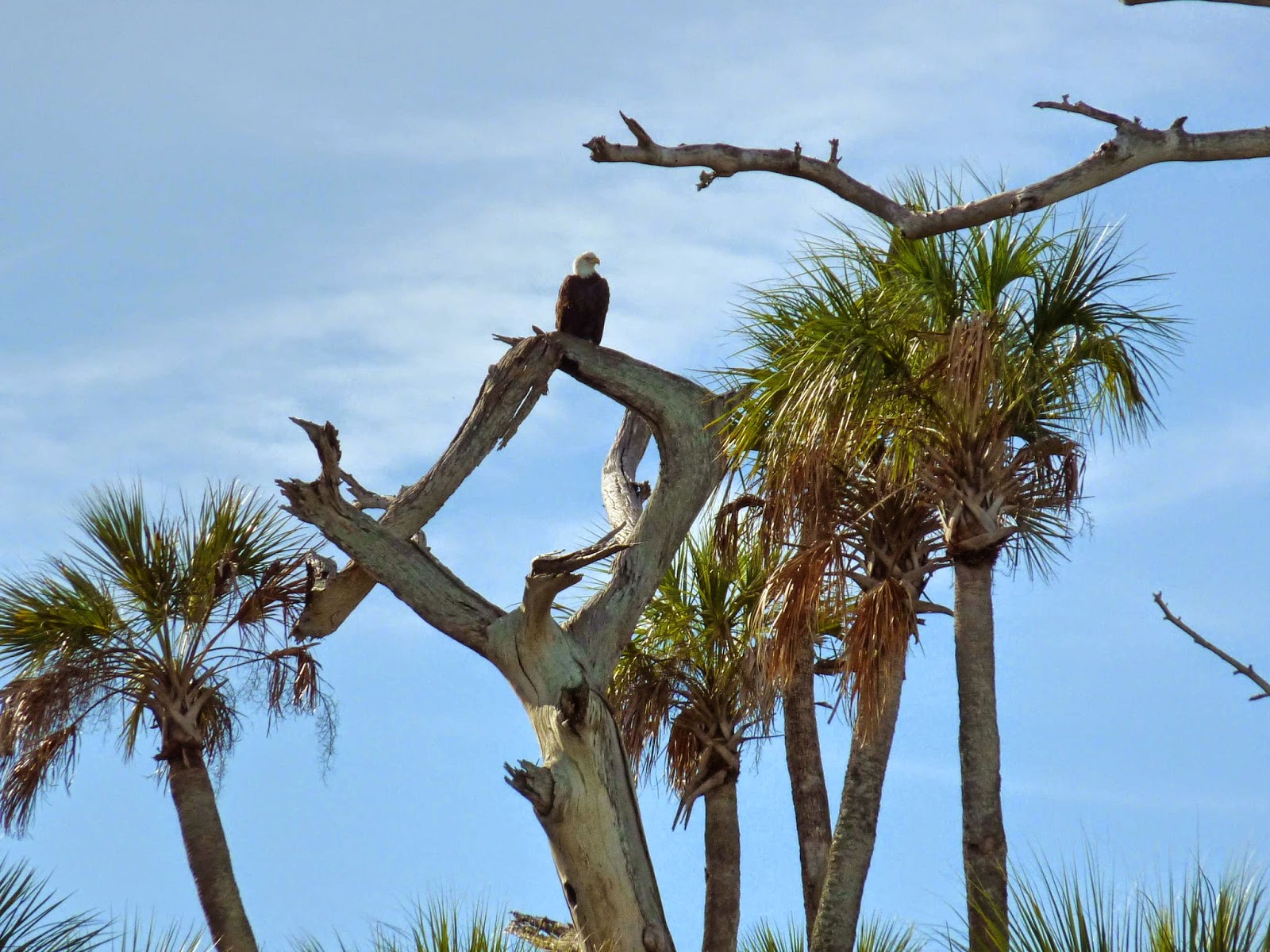 This was during the winter of 1971-72, during the middle of the multi-decadal DDT Winter, when there were estimated to be only about 1000 bald eagles in the entire coterminous United States. Is it possible that Allen and I were looking at nearly the entire population of the Atlantic Seaboard’s Bald Eagles that morning?

Posted by Buford Nature at 3:04 PM No comments: