Woodsfolk appreciate a good machete, one that has the right heft and size, good grip, and holds an edge. I found a machete at Harbor Freight in Asheville NC that had good heft, size, and grip, and even came with a sheath and backside saw teeth. I painted it orange so it wouldn’t get lost after slipping out of my sweaty mitt and sailing off into the brush on a hot summer’s day, and proceeded to use it.

I used it first on small brush, mostly less than an inch thick, but after one good hour of weed-whacking its handle fell apart. Looking closely, I found that the screws holding the handle to the blade were made of soft plastic, and were themselves screwed into soft plastic. Of course they couldn’t stand the shock typically given to machetes, which any competent designer and manufacturer would know. Of course a seller of tools, in this case Harbor Freight, would know that plastic screws would be incompetent. Nonetheless, the manufacturer and Harbor Freight were evidently only concerned with profit. To make the machete work, I had to drill out the handle and replace the plastic screws with stainless steel screws, nuts, and washers.

This pic shows the replacement screws before grinding them down to make them flush with the machete handle:

The second thing that went wrong with the machete was that the backside saw teeth shredded the sheath so badly that it was very difficult to remove the machete from the sheath. Obviously, the sheath is incompetently designed for a sawback machete, and the nylon rubbing should have been a steel rubbing: 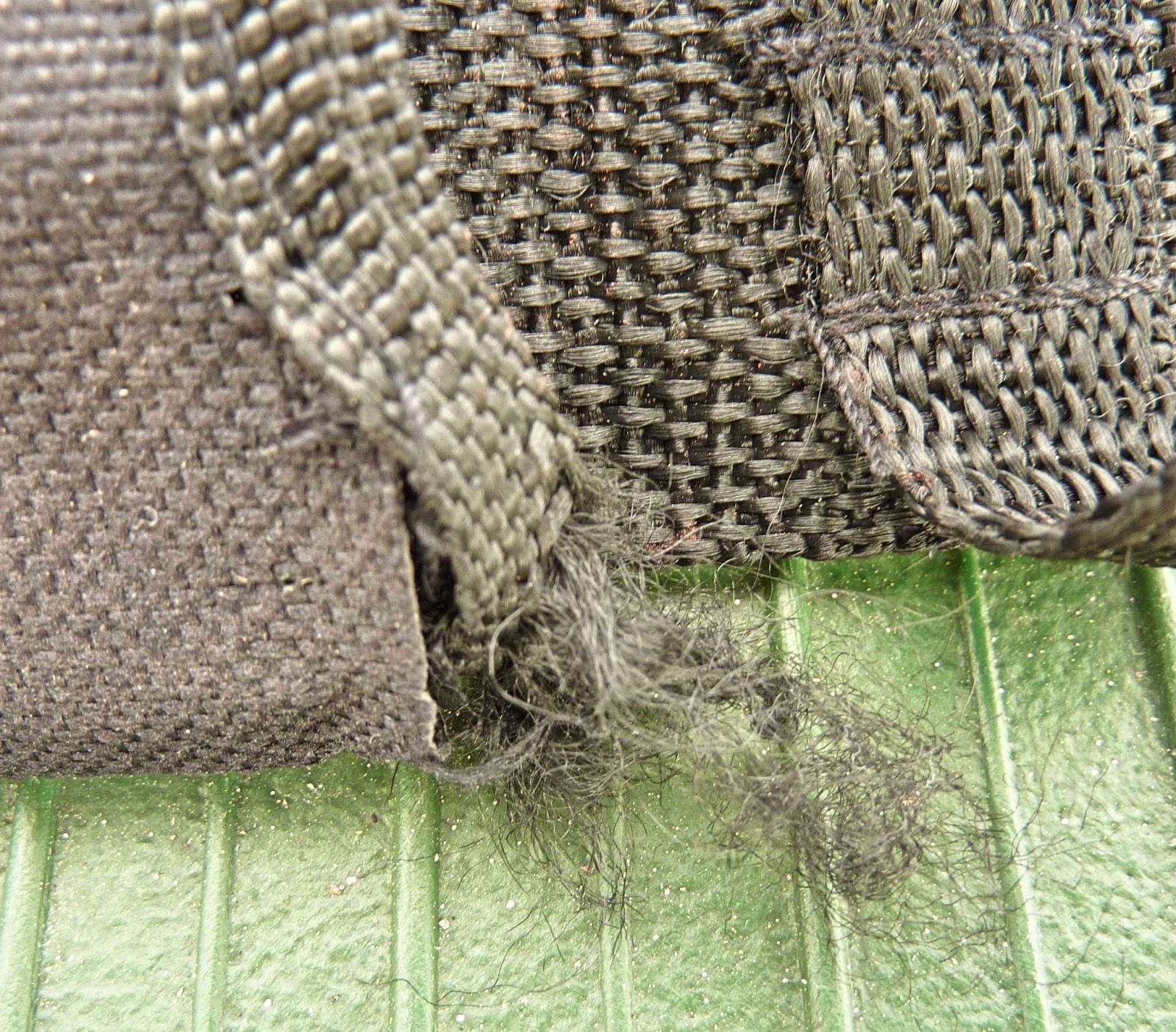 Then last Saturday I used it on a 1.5-inch laurel oak and the blade broke clean in half! Now what kind of steel would do that? Cheap steel, that’s what kind. Clearly, the manufacturer supplies incompetent steel and Harbor Freight has insufficient quality control or concern, or both. Check out this blade:

How would you like for a blade tip like that to fly off your machete at high speed and stick you in the leg or a companion in the face? Well, that's exactly what could happen if you use a machete from Harbor Freight!

Who manufactured this machete? There are no identifying marks on the blade, nor does the handle have an id either inside or out. This is undoubtedly because the manufacturer does not want to be responsible for his shoddy product. Because the vast majority of junk being sold at big boxes like Harbor Freight seem to be from Communist China, I assume that is also where this piece of junk originated. One wonders how many other incompetent products made by this anonymous manufacturer are sold at quality-control-challenged Harbor Freight. I challenge Harbor Freight to address this issue in a responsible manner. In fact, I challenge also Wal-Mart, Lowe’s, and all other big boxes that obtain shoddy merchandise from Communist China to get some quality control.
Posted by Buford Nature at 10:52 AM 1 comment: