One of my fav jokes when hanging out with my friends next to the lake is to tell them, “Don’t turn your back on the water.” It’s an African saying of gaily dressed people who live in mud-and-wattle huts in crocodile country. I, of course, am far more sophisticated wearing drab polyester in a trailer park and doing my best to turn as many trailers into beer cans as possible. Heck, I don’t have to worry about stepping outdoors into a flock of Terror Parakeets or Terror Muslims!

So, on this cloudy morn after breakfast, I stepped outside to drink the last dregs of my first cup of coffee while standing on the banks of the dinosaurian Orange Lake. One of the pair of moorhens that lives right outside my door immediately spotted me, let out its worried cut-cut-cutting call, and swam slowly away toward the more varied habitats to the east. I think these moorhens have their nest at the east end of the levee that extends from my lot, based on a false-wound theatrical ploy the two gave me last week. So, I imagine the second moorhen was on the nest this morning.

No big deal, just a nice daybreak in cool weather without the sun in my eyes, veg omelet in my stomach, and delicious coffee (ask me to make you a cup some time) on my lips. Then I looked down at my feet at the lakeside floating mat: 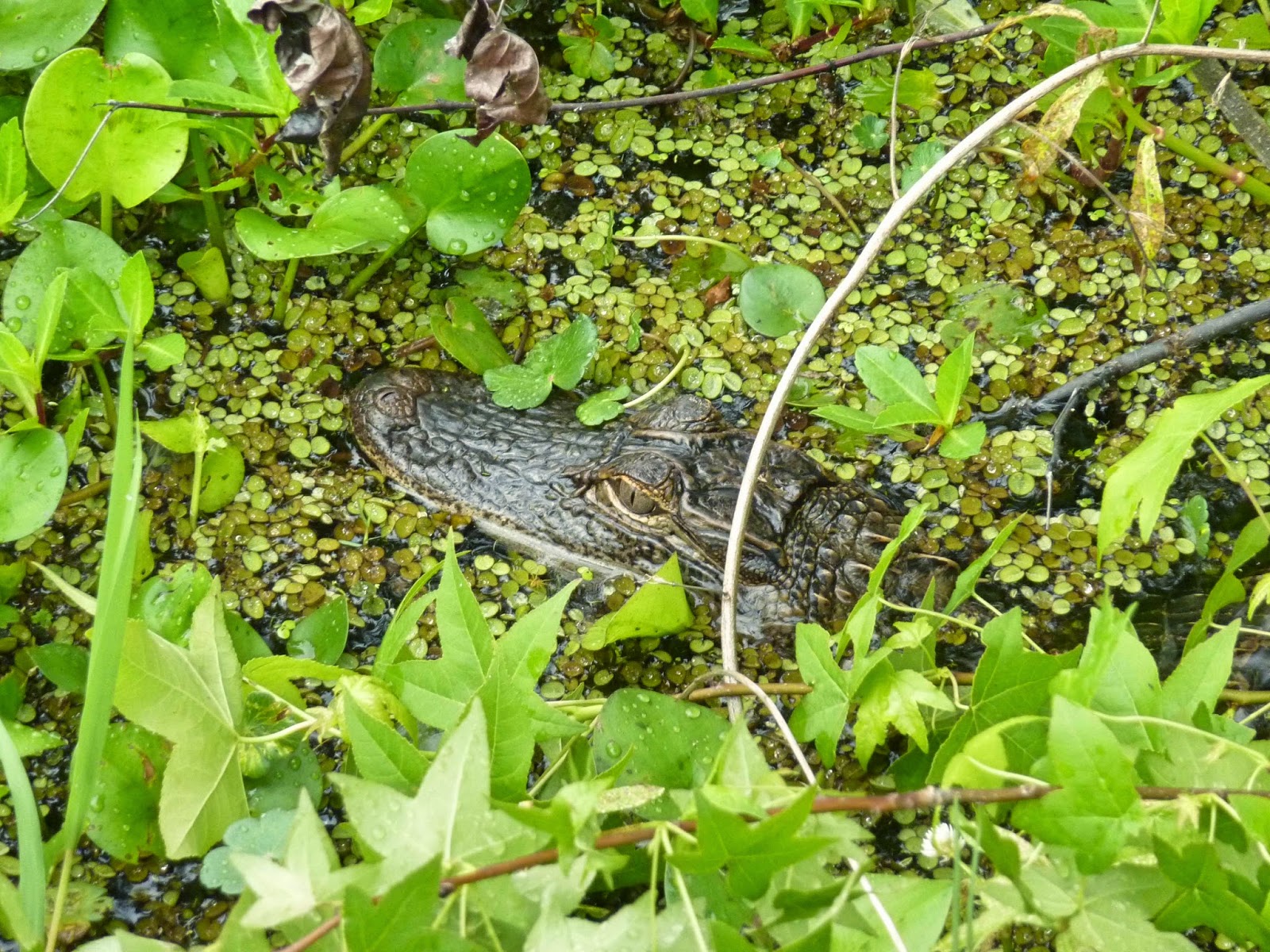 Good thing it’s only three feet long!
Posted by Buford Nature at 10:34 AM No comments:

Arthur and Phyllis Saarinen donated a 78-acre tract to the Alachua Conservation Trust, a non-profit land conservancy, for conservation purposes. Today was the preserve’s grand opening, attended by 30-40 people including the Saarinens and ACT personnel Hutch Hutchinson and Mark Larson.

Now called the Saarinen Preserve, it has 2.6 miles of trails open to the public, all of which are used for hiking, horseback riding, and bicycling. I walked 2.3 miles of them today. 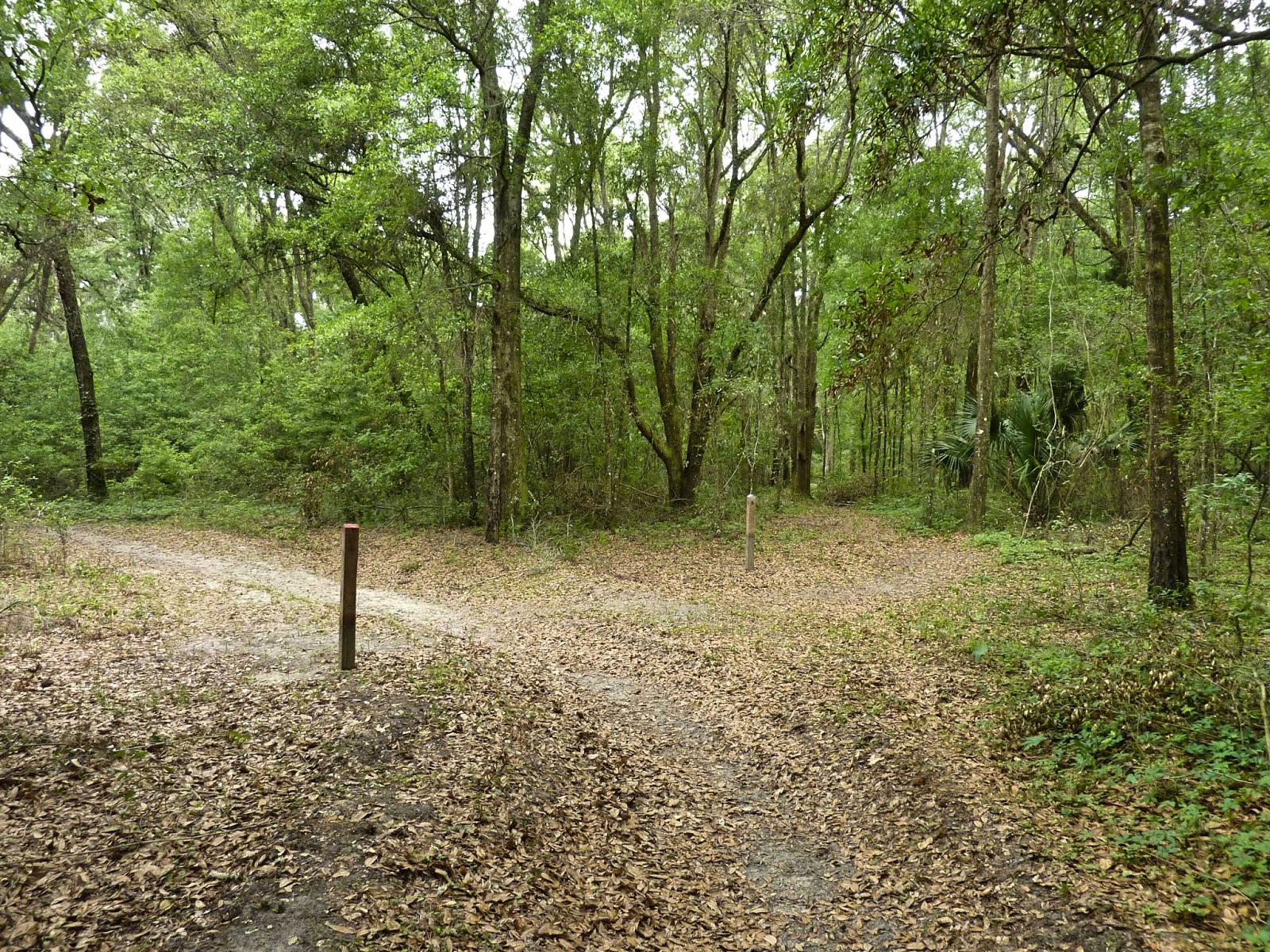 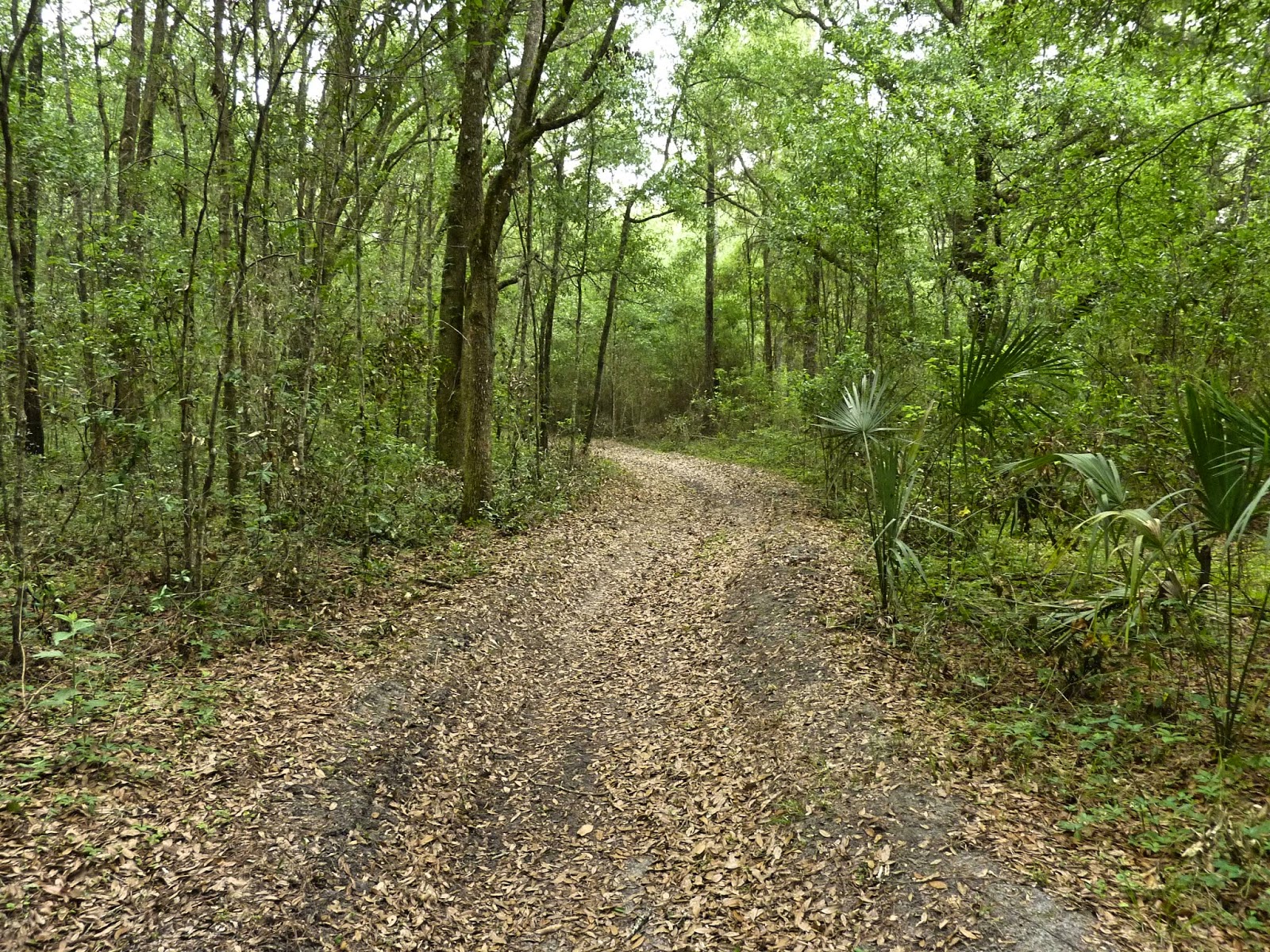 Preserve trails are well-worn and have been recently bush-hogged to widths of 6-12 feet. Other trails connect into the Saarinen Preserve trails from adjacent properties that have been developed by neighbors over the past several years. I don’t know about the access policy for off-preserve trails, but there are markers along the trails where they exit the preserve.

The property is almost entirely forested. There is a small area adjacent to the parking lot dominated by planted slash pine in the overstory and laurel oak and live oak in the understory. Most of the site is cloaked in hammock vegetation dominated by laurel oak and live oak, with a small area in the southeast having abundant sweetgum. The central and southern parts of the preserve’s hammock also have longleaf pine and the remainder of the site has loblolly pine mixed in with the hardwoods. Other species of upland hammock trees are rare. I saw only one small Southern magnolia, one Southern red oak, and a couple of mockernut hickories, but there are also a few small sugarberry and winged elm trees. Interestingly, Carolina buckthorn (Rhamnus caroliniana) is common in the preserve’s southern reaches; I see this shrub only rarely, so it was a treat. Ebony spleenwort is common. Several species of invasive exotic plants also occur, Ardisia and camphor being abundant in certain areas and Japanese climbing fern occasional. The Ardisia is loaded with berries: 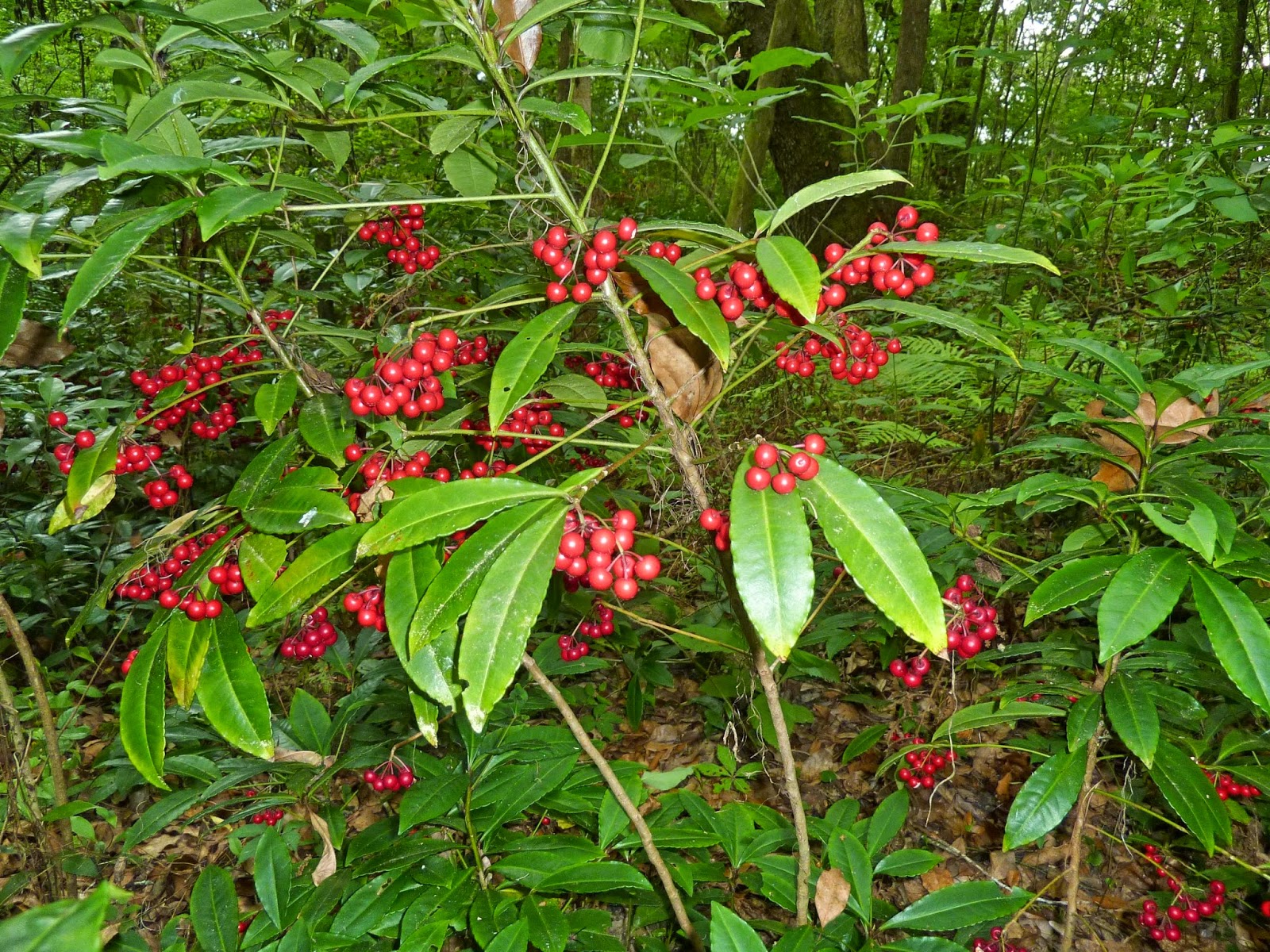 The soils are derived from the Miocene-aged Hawthorne formation rather than the usual Plio-Pleistocene sands in this region. This does not surprise me, however, because the preserve is on the same ridge that Warrens Cave, Dead Man’s Cave, and Breath of the Rock Cave are located on and they too have the dark Hawthorne clay soils. ACT representative Mark Larson told me that every time they dug a hole for a fence post, they hit rock about 18 inches down and the rocks were boulders, not bedrock. What I can’t figure out is how those boulders got themselves imbedded in the Hawthorne formation in what Mark basically described as a layer of rocks. Curious, that.

It will be interesting to see what ACT comes up with in their land management plan for the preserve. I imagine they will figure out how to replace the laurel oaks with quality hardwoods. The cave properties mentioned above indicate that the Saarinen Preserve historically supported a species-rich mixed forest dominated by live oak, Southern red oak, Southern magnolia, mockernut hickory, redbay, sugarberry, American ash, and winged elm, among many others. But 78 acres of laurel oaks will be tough to battle!

Posted by Buford Nature at 3:44 PM No comments: