Even a naturalist living in the paradise called Florida has to haunt other retreats on occasion. Some years ago, I got the idea to “follow spring north,” but never did. This year, spring wildflowers around north Florida have been simply exuberant. I ascribe it to wet weather last year and so far this year, although my friends Danny and Annette may be right about the absence of a late frost also being beneficial. So, when I took a few days off to wander around North Carolina and NE Alabama, I was pleased to see those regions are enjoying a colorful spring time, lagging slightly behind Florida and giving me two bites at the springtime apple.

Dupont State Forest in NC is located close to Pisgah Forest where some of my maternal relatives live, so I explored a few trails there after visiting uncles Dave and Ralph and their families. One of the trails had a most unusual “bridge” across a creek: 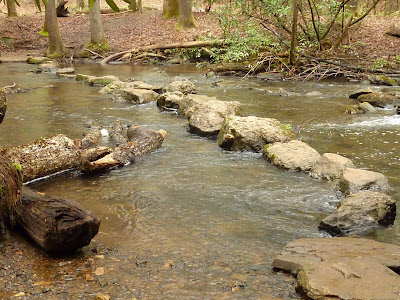 I next camped at Walls of Jericho State Park (http://www.alapark.com/press/release.cfm?ID=322) in NE Alabama. I was tired after the 6-hr drive; nevertheless, I still wanted to see some woods so I headed down the path despite the trailhead warning that the round trip hike could take 6 hrs. I made it almost to the Walls about a half-hour before dark, so rather than have shadows to look at I ascended the trail back to camp. The next day I went down the trail again, this time all the way to the ends of both Walls trails and then some. But there’s a problem with leaving the trail in the mountains that is hard for a flatwoods Florida boy to relate to: The woods off trail are cliffs and slick slopes that you can’t really walk. Oh well, there’s plenty to see from the trails. Here is a rock formation that looks like a hybrid between a tank and a dinosaur: 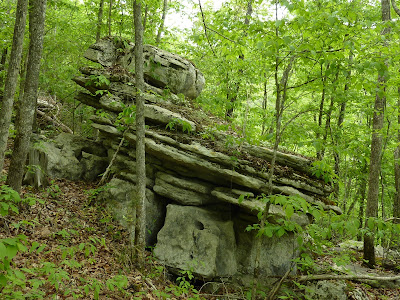 A sinkhole that might be the entrance to a cave, a sand-plugged sump for Turkey Creek (the stream that carved the Walls) and the kind of cemetery where I’d like my ashes spread: 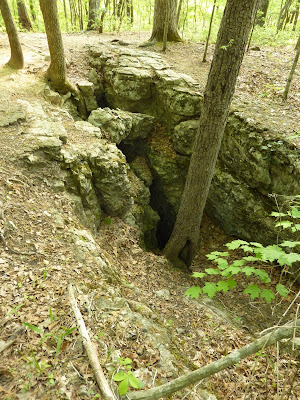 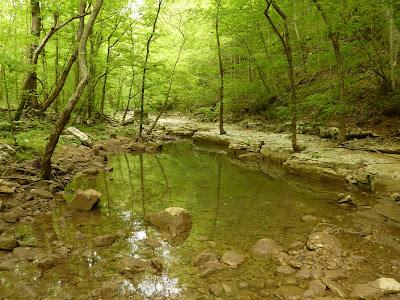 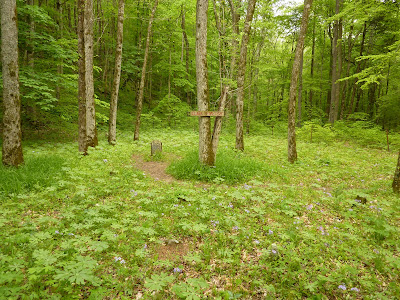 A native of eastern North American forests, blue phlox (Phlox divaricata), was the most abundant bloomer along the half-dozen trails I walked. 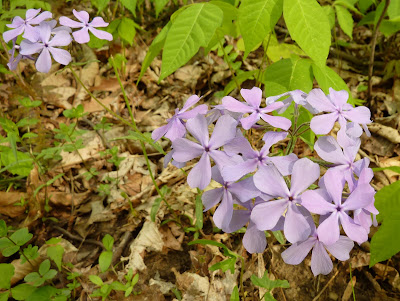 In Dupont State Forest, a row of its pale lilac flowered plants grew in the disturbed soil flanking each side of one trail. Conversely, along north Florida roadsides grows an introduction from Texas called the garden phlox (Phlox drummondii), which exhibits abundant blooms of red, pink, magenta, purple, off-orange and white on open, sunny highway shoulders. In the same genus, one species is a bright, multi-colored dominant of sunny lawns whereas another is a pale purple denizen of shade.

Cancer-root (Conopholis americana) also sprouted occasionally alongside the trail. This is a parasite of the roots of primarily oaks and beech throughout eastern North America. Being more common along the trail than away from it, I wonder if our trail tramping injures tree roots and thus encourages infestation by this pest? 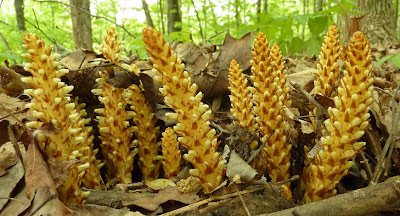 A semi-parasitic plant that was flowering that day is lousewort (Pedicularis canadensis), but it grew only in a grassy clearing near my campsite. It is said to parasitize over 80 plant species in 35 genera, stunting its neighboring grasses. It is called lousewort because farmers once believed sheep and cattle could get lice from grazing on the plant. Its coloration is an unusual maroon and yellow. 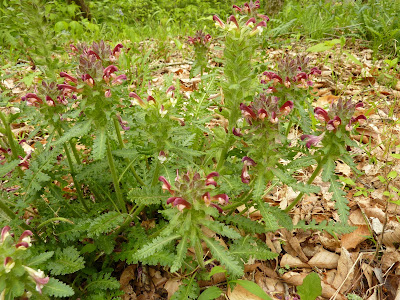